Prime-time glimpse into the secret world of Kielder Forest

An unprecedented insight into the life of Forestry England’s biggest woodland takes to the air this week.

Channel Five has revealed that a series of four one hour episodes devoted to 63,000 hectare (155,000 acre)  Kielder Forest, called the Secret Life of the Forest, begins on prime time television on Tuesday 16 November, at 7pm.

The landmark series was inspired by Forestry England’s centenary year in 2019 and saw producers given unique access behind the scenes.

The Northumberland wilderness has become a key haven for endangered habitats and wildlife, but also supplies 25% of all England’s timber output. Included is amazing and previously unseen footage of pine martens, the latest species putting down roots in the forest after being detected by wildlife cameras three years ago, plus stunning night-time views of Kielder’s fabulous starry skies.

Alex Maclennan, Recreation and Public Affairs Manager at Forestry England, said:
“It’s the first time we’ve worked with a production company on this kind of multi-episode in-depth series.  We were able to capture all aspects of Kielder over a full year as it changes through the seasons, with forest wildlife awakening in spring, through high summer and autumn and into the grip of winter.  Some of the footage is absolutely incredible. All of us who work here are incredibly proud of what’s been achieved since the first trees were planted almost 100 years ago. It’s been a privilege conveying some of this passion on the small screen.”

Ospreys, red squirrels, water voles and feral goats also get staring roles, along with habitat restoration on the historic Border Mires peatlands and spectacular film of timber harvesters in action. Kielder is one of the largest planted forests in northern Europe and home to some of the UK’s rarest plants and wildlife in what has become a conservation success story.  It also supplies nearly half a million tonnes of sustainable timber to the UK economy.

Notes to Editor
1. Forestry England manages and cares for the nation’s 1,500 woods and forests, with over 296 million visits per year. As England’s largest land manager, we shape landscapes and enhance forests for people to enjoy, wildlife to flourish and businesses to grow. We are continuing the work we have already started to make the nation’s forests resilient to climate change and by 2026 we will:

For more information visit forestryengland.uk Forestry England is an agency of the Forestry Commission. 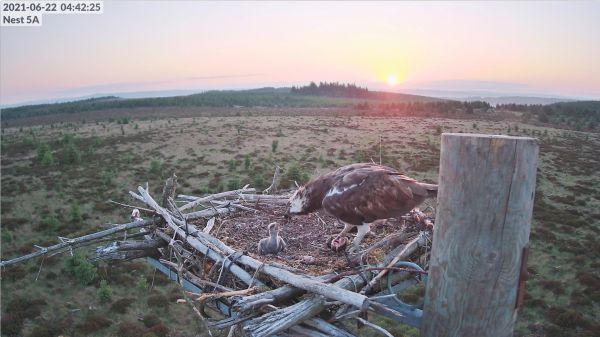