Mark Cavendish and Steve Cummings named in The Tour of Britain

Mark Cavendish, Britain’s most successful rider of all time, and team-mate Steve Cummings have today been named in Team Dimension Data’s six-man line-up for the OVO Energy Tour of Britain.

Stage Three of the Tour will see the world’s top riders and teams contesting a 114-mile route from Berwick through Northumberland, heading along the North Tyneside coast and into Wallsend, before continuing to Newcastle city centre, with a spectacular finish on Grey Street.

It will be the first ever Tour of Britain stage to link all of the areas of the North of Tyne Combined Authority, with the route taking in Northumberland, North Tyneside and Newcastle Upon Tyne.

The South African team’s roster notably features three stage winners in the race: Cavendish, his long-standing team-mate Mark Renshaw and Julien Vermote, who previously triumphed on the Banks Banks climb in Kendal that will host this year’s fourth stage finish.

Cavendish holds the record for the most stage victories in home Tour: 10, including three apiece in the 2012 and 2013 editions of the race. The Manxman’s return to the Tour of Britain, which starts in Glasgow on Saturday (7 September) comes after he missed the 2018 race through illness. It will be Cavendish’s 10th participation in his home Tour.

Cummings, 38, became only the second – and most recent – home winner of the modern race when he won the 2016 edition. Twice a runner-up in the event, the Merseysider will race on home soil when the Tour hosts its first-ever stage in Wirral on day five (Wednesday 11 September).

Two-time Tour de France stage winner Cummings said: “Birkenhead Park is a special place for me because I did my first race there when I was 13. To have the opportunity to go back there 25 years on to start a professional race will no doubt be very special to me. I hope to have family, friends and club mates who have always supported me there on the day.”

Renshaw, who will retire as a professional at the end of 2019 following a 17-year career, has been one of Cavendish’s key aides for nearly a decade. The 36-year-old won stages in the 2011 and 2014 race; after the second of those, which in Llandudno, Wales, he led the Tour overall for one day.

Belgian rider Vermote finished ninth overall in 2016 after pipping current team-mate Cummings to victory at the end of the aforementioned grueling stage in Cumbria. Two years earlier he soloed to a memorable win along Brighton’s famous Madeira Drive after riding away from his rivals on the iconic Ditchling Beacon climb.

Additional experience comes in the form of Austrian Bernie Eisel (38) who, like Renshaw, is a fan favourite in Britain after years of being a team-mate of Cavendish. Former Swiss road race champion Danilo Wyss (34) completes the line-up.

Further rider announcements will be made over the coming days in the build-up to the OVO Energy Tour of Britain, which begins from George Square in Glasgow on Saturday 7 September and concludes for the first time in Greater Manchester on Saturday 14 September.

The OVO Energy Tour of Britain is British Cycling’s premier road cycling event, giving cycling fans the opportunity to see the world’s best teams and riders competing on their doorstep and helping to build a great cycling nation.

ITV4 will once again screen live free-to-air coverage flag-to-flag of each stage in the UK, along with a nightly highlights programme of the best of the action.

Stage Three will feature three SKODA King of the Mountains climbs at Ford Common, Belford Moor and outside Longhoughton.

Three intermediate Eisberg Sprints will also feature on the route at Seahouses, Warkworth and Seaton Delaval. 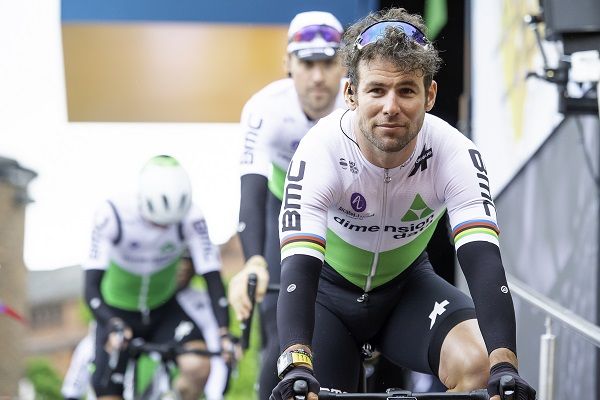 Stage three of the 2019 OVO Energy Tour of Britain will be the first to link all areas of the North of Tyne Combined Authority, with the route taking in Northumberland, North Tyneside and Newcastle Upon Tyne.