As Northumberland International Dark Sky Park celebrates its third anniversary on Friday 9 December, evidence shows that astro-tourism is having a positive impact on the county’s visitor economy, especially in rural areas.

To mark its success, Northumberland National Park and other dark sky destinations including Kielder Water and Forest Park are hosting a series of stargazing events as well as promoting the message of Dark Sky conservation.

Market research carried out after Northumberland Tourism's 2015 dark skies autumn and winter marketing campaign found that 63% of respondents had visited the county between October 2015 and February 2016, compared to 9.5% the previous year. Over 50% said seeing the campaign probably or definitely turned a possible visit into a certainty.

Dark Sky Park status is one of a growing number of reasons why Northumberland National Park and Kielder Water & Forest Park are becoming increasingly recognised as year-round tourism destinations.

Earlier this year, detailed satellite maps of England’s light pollution and dark skies released by the Campaign to Protect Rural England (CPRE), showed that Northumberland is the darkest National Park with 96% of the area having pristine night skies and very little light pollution elsewhere.

The satellite images captured at 1.30am throughout September 2015, also show that Northumberland as a county came out on top in the darkest category with the highest percentage of night skies free of light pollution at 72%.

Whilst Northumberland stands out as an exemplary area, the research comes at a time of increasing awareness of the harmful effects light pollution can have on the health of people and wildlife.

Duncan Wise, Visitor Development & Marketing Manager at Northumberland National Park, has been working hard to combat light pollution and promote the benefits that Dark Sky recognition brings to the region.

He explains: “Northumberland is Europe’s largest area of protected night sky at 572 square miles making it officially the best place in England for people to enjoy the heavens. As a lead member of The Dark Sky Steering Group, we are committed to working with our partners, local communities and business owners to ensure its preservation.

“In all our activities we seek opportunities to preserve and improve the situation. A new Good Practice Guide for Outside Lighting in Northumberland International Dark Sky Park has been published this year to help developers and local residents understand more easily how to minimise light pollution through the correct choice and installation of fully-shielded outside lighting.

“Working closely with the County Council, Northumberland National Park Authority also offers pre-planning advice on how all developments, large and small, can preserve the Dark Sky Park and improve the dark skies surrounding it.

“Right across Northumberland, tourism businesses are welcoming more and more visitors from far and wide, who are seeking a peek at the stars. This increase in visitors, especially during the winter months, is boosting occupancy rates and generating lots of new business opportunities connected to astro-tourism for local people.

“Wherever possible we work hard to ensure they get the most from Northumberland’s dark sky status. This includes dark sky tourism events held throughout the National Park, business workshops to introduce and train local tourism companies on dark skies to help them give their guests a world-class visitor experience. And due to its success, there are also plans to extend the dark skies marketing campaign over the next two years.”

Lynn Turner, Director of the Kielder Water & Forest Park Development Trust, said: “The Dark Sky Park designation has proved immensely popular for visitors to the Kielder area and the development of Kielder Observatory has been a magnificent addition to this area.

“People are so used to the light pollution that invades most parts of the UK, being in the Kielder Water & Forest Park at night is a rare and incredibly moving experience, especially on a night free from cloud cover. The fact that the Dark Sky Park sits at the heart of one of the most naturally beautiful parts of the UK, is just another fantastic reason to visit Northumberland.”

In the three years since Northumberland received its International Dark Sky Park designation, over 40 businesses have signed up to a voluntary code developed by the Dark Sky Steering Group for tourism businesses across the county to become dark sky-friendly. The campaign logos can be used by businesses which demonstrate that they go the extra mile to welcome stargazers and have ensured their outside lighting is suitable.

Following a talk on dark skies, the owners of Stanegate Hideaways have been inspired to develop their new visitor accommodation to be dark sky-friendly, installing fully-shielded lighting on their new holiday homes and constructing a viewing platform for amateur astronomers to set up their scopes, as well as providing some observing equipment for guests to use.

Battlesteads Hotel Observatory on the edge of the Dark Sky Park has welcomed more than 1,500 visitors to its small observatory during the last year, with bookings contributing 15% to the hotel’s income and providing a welcome boost in the winter months when trade in the past was much quieter.

Meanwhile the North Pennines AONB located just south of Northumberland National Park is a partner of the Animating Dark Skies project, contributing to and benefitting from the investments made to developing facilities and running dark sky tourism events. It is also a strong advocate for better quality street lighting in the North Pennines and supporting local measures to reduce light pollution.

To celebrate the third anniversary of the Northumberland International Dark Sky Park there is a dazzling array of astronomy events planned for people of all ages to enjoy, ranging from Night Sky Safaris at Kielder Observatory and Night Sky Tours at Battlesteads Hotel to an evening of stargazing with expert commentary and advice from the National Park’s Starmakers.

Northumberland National Park is also hosting a special Geminids Meteor Shower night at Walltown on Tuesday 13 December between 8pm and 10pm and the Redesdale Arms is holding a Geminids weekend on 9/10 December.

Further details on dark sky events taking place on and around the third anniversary can be found at:

To find out more on Dark Skies go to: 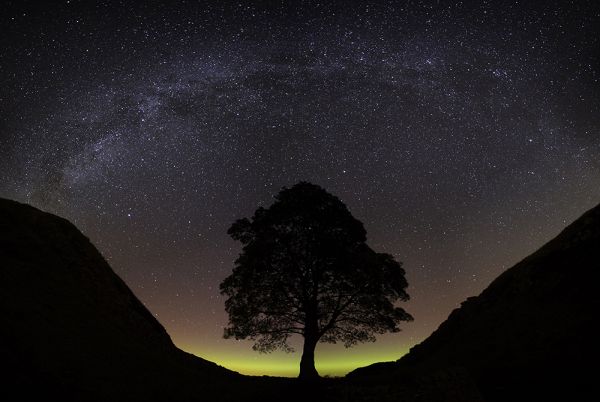 Designated a Dark Sky Discovery Site. There’s a café and archaeology exhibition and wonderful walks along the Breamish Valley.

Home to Northern Europe's biggest man made lake, the largest working forest in England and the darkest skies in England, Kielder Water & Forest Park is the ideal destination for group travellers.