This year, Britain’s most beautiful marathon, will take place on Sunday October 5 2014, and will once again follow an off-road route around northern Europe’s largest man-made lake, Kielder Water in Northumberland.

“This year I’m pleased to welcome on board our new partners, Active Northumberland and Northumberland County Council. We very much look forward to working with them to continue developing the Kielder Marathon weekend as a real destination event for all active people across the UK.

“The star of the show continues to be Kielder Water, a perfect stage for the most beautiful running and cycling event in the UK.”

Councillor Val Tyler, policy board member for community infrastructure and culture at Northumberland County Council, said: “I can’t think of a more beautiful or inspiring place than Kielder to walk, run or cycle as part of a day out or holiday with the family.

“Kielder Marathon is going from strength to strength each year and I am very proud that Northumberland County Council is supporting Active Northumberland to sponsor this year’s event. We want to encourage more people to get active and experience the brilliant outdoors offer we have on our doorstep.”

The marathon has become a firm favourite in the racing calendar thanks to its spectacular setting and unique course. At approximately 26 miles long it is the ideal venue for the ultimate running challenge. Event organisers are expecting up to 3,000 runners to take part in the gruelling event.

The event will start and finish at Northumbrian Water’s Leaplish Waterside Park and be part of a whole weekend of activities for all ages and abilities, including the Kielder 10K which takes place on Saturday October 4. The other events are Kielder Run Bike Run relay and the Kielder Junior Races for children.

Last year a record breaking number of entrants took part in the Run Bike Run, which saw more than 200 bikes in use at the transition stations!

Maxine Mayhew, Commercial Director at Northumbrian Water, said: “We’re thrilled to be able to host this hugely successful event year on year, and in such a spectacular rural environment.

“Held over two days, the events of the whole weekend can give a boost to the local economy and showcase all that the region has to offer.”

Marathon places will be allocated on a first come first served basis – there is no ballot this year.  Runners who deferred their place last year will be contacted separately. To book a place log on to the event website atwww.kieldermarathon.com. For enquiries telephone 01434 689040 (Monday to Friday, 9am – 5pm).

“We are keen to support and encourage the success of this great event as we are passionate about inspiring local people to live healthier and physically active lives.”

Northumbrian Water is once again hosting the event in Kielder Water & Forest Park which will be jointly organised by DS Media & Events. 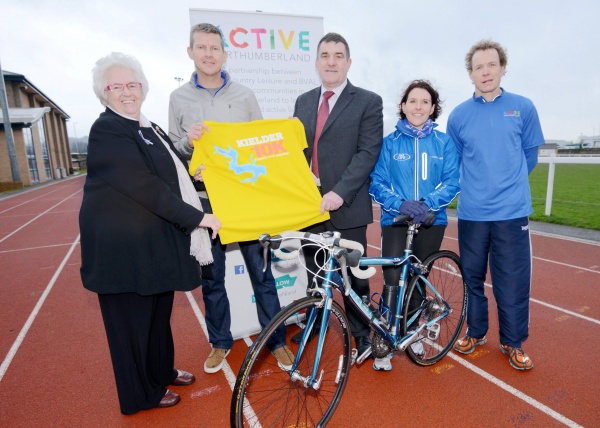