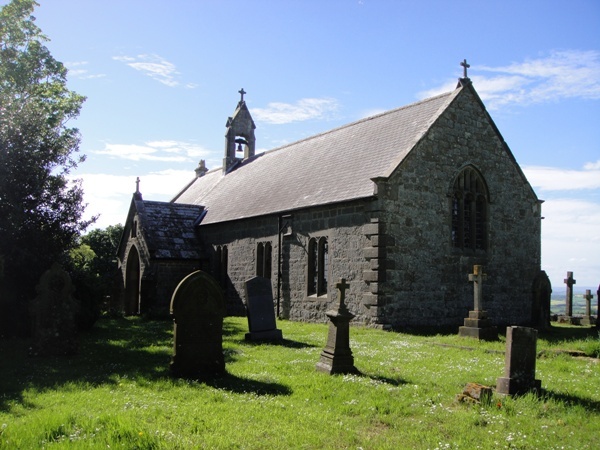 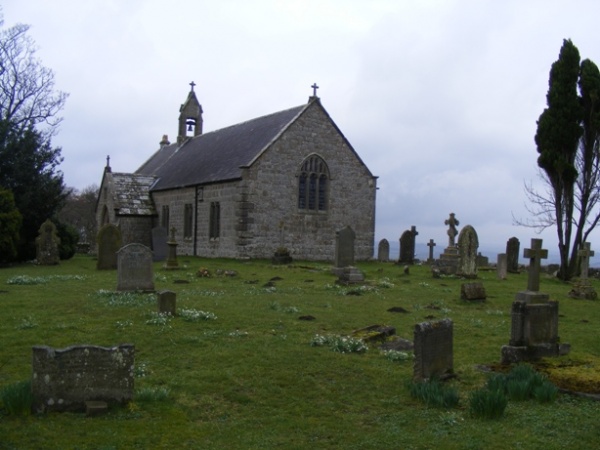 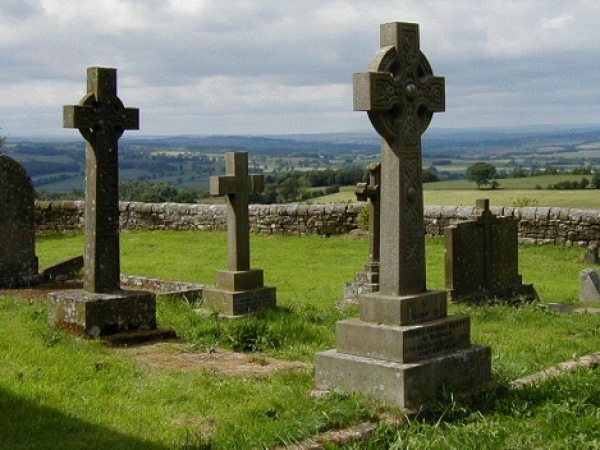 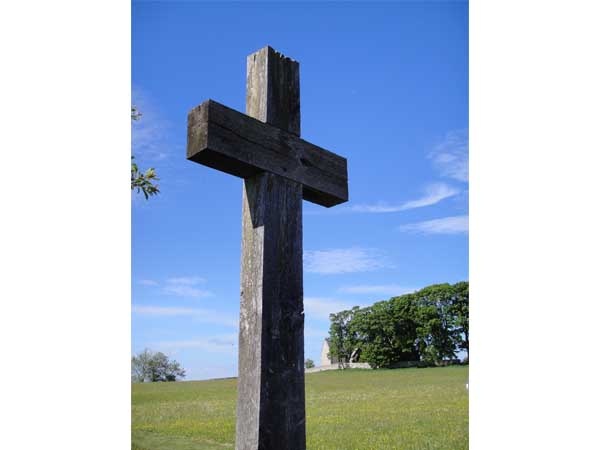 This church at Heavenfield is believed to be the location where King Oswald (605 -642) raised a large wooden cross before the Battle of Heavenfield (AD 635). Foundations of a Saxon church were discovered in the 1950s, this being succeeded by a mediaeval church remodelled in 1887 by W.S Hicks who added the porch and the bellcote to the existing building.

The original Celtic church is believed to be late 7th Century and consisted of two small cells. There is a Roman altar which was found nearby. The two painted figures behind the altar are of St. Aidan and St. Oswald. On the south wall are some mason’s marks and outside the church on the south wall is a sundial dated 1737.

The Venerable Bede wrote: "Oswald set up the sign of the holy cross and, kneeling down, prayed God to send his heavenly aid to those who trusted in him in their dire need. This place is pointed out to this day and held in great veneration."

This site has been a place of inspiration for centuries; there is an annual pilgrimage from Hexham Abbey to Heavenfield on the first Saturday of August to mark St Oswald’s Day on August 5. The route follows that taken by Hexham’s monks on the eve of Oswald’s death. This church is also the starting point - or the finishing point, depending on which way you walk - for St Oswald’s Way between Heavenfield and Lindisfarne.

Information available on service times on website or by request St. Oswald's stands in a churchyard set in the middle of a field, about four hundred yards from the B6318 at National Grid Ref. NY 937696. It is on the Hadrian’s Wall trail and popular with visitors. Any groups intending to visit please notify the priest in charge.