A timber harvester that chips a tree from top to bottom in just a few seconds is being used by Forestry England to speed up restoration of one of the UK’s most important peat habitats.

The Border Mires is a network of 55 sphagnum bogs covering 2,800 hectares of Kielder Forest and now “cutting edge” technology is playing its part in the form of a so called “vertical mulcher”.

The nine tonne machine will munch its way through 23 hectares of trees, some up to 20 metres tall, on one of the Border Mires known as Rabbit Crag, near Falstone, Northumberland.

Equipped with a powerful cutting disc spinning at high speed, it can turn trunks into chips in quick order and because the ground is so soft, it has been fitted with one metre-wide tracks to keep it ‘afloat’ during the vital work.

The project is being carried out under the guidance of the Border Mires Management Committee, which includes Forestry England, Northumberland Wildlife Trust, Natural England, Ministry of Defence, Northumberland National Park Authority and the University of Newcastle upon Tyne. Funding of £175,000 has been provided by DEFRA.

Wayne Penrose, Forestry England Ecologist, who is overseeing the work on the ground, said:

“These mires are incredibly important. They date back to the end of the last Ice Age 12,000 years ago and so represent one of the most natural of all UK habitats. Not only do they support a fantastic array of plants and animals, including sphagnum moss, bog asphodel, sundews, dragonflies and wading birds, but they also lock away carbon in the peat. Because of this they play a crucial role in mitigating the effects of climate change.  We will also remove smaller spruce with chainsaws at three other locations, covering 161 hectares, and blocking 3.5 kilometres of drainage channels so the land retains water, the lifeblood of a bog.”

Many of the mires were partially planted with trees in the 20th century in a national drive to shore up the nation’s timber reserves, depleted after two world wars. This succeeded in boosting tree cover, but it affected rare plant communities by lowering the water table and drying out the top peat. Producing home-grown timber elsewhere remains crucial in building a more sustainable future. But Britain holds approximately 13% of the world's blanket bog, making the mires internationally important. As a result they have multiple designations as Sites of Special Scientific Interest and are also a Special Area of Conservation.

The mires are also part of local heritage. In the 17th century they were the haunt of robbers who stole cattle and escaped the military by taking refuge in the impenetrable bogland. These men were often ex soldiers disbanded after the end of the British Civil Wars so they became known as “Moss Troopers”. Such was their impact that legislation was introduced in an attempt to curb their activities and they were also effectively excommunicated by the church.  The reputation of these outlaws and the fact that this is poor agricultural land helped protect the Border Mires over the years.

“It is exactly 50 years since a group of Northumberland Wildlife Trust volunteers, armed with spades, installed the first peat dams in drains in the Border Mires. It is a great satisfaction that collectively we have accomplished so much over the years in what was the first major peatland restoration project in Britain. Some people may think bogs are not as beautiful as ancient woods or rainforests, but they are an incredibly valuable habitat and part of a rich mosaic of landscapes in Kielder Forest.”

“Forest habitats evolve and change over time and the way they are managed responds to national priorities, including environmental factors.  Climate change and the decline in biodiversity supports the need for more woodland cover.  Where appropriate we should also restore and improve open habitats such as peatlands like the Border Mires. It is great to see Forestry England restoring even more open habitats in Kielder, which is all being undertaken in England’s largest working forest, supporting people, nature and the economy.”

Border Mires facts:
• The mires started to form about 12,000 years ago when the last glaciers retreated from northern Britain. The ice scoured out hollows and dips in softer rock and the cool, wet climate then allowed bog plants to thrive in these depressions.  When they died the wet conditions meant that plants did not decompose fully and peat formed.
• The Border Mires hold more liquid than Kielder Water – Europe’s largest man-made lake.
• In places the peat is up to 15 metres deep.
• Plants boosted by restoration work include one of England’s rarest trees, the bonsai-like dwarf birch, usually found in much colder climates. 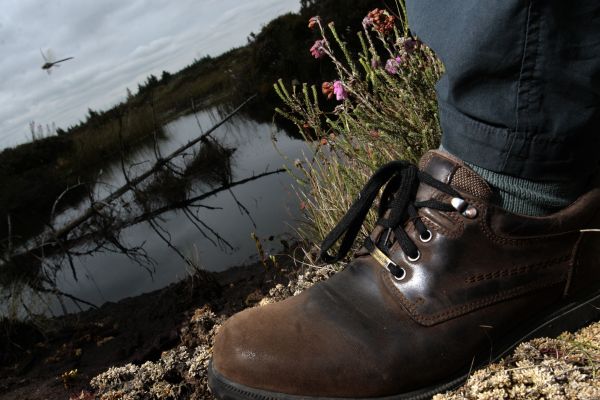