Look who's out of Lockdown

It takes more than a worldwide pandemic and a UK lockdown to stop the Restoring Ratty project team from releasing more water voles back into the region.

Last week, 140 water voles languishing in outdoor breeding pens at the Derek Gow Consultancy in Devon, headed back to the waterways of Kielder for release.

The water voles were the fourth generation of voles that were originally captured for the project from the North Pennines, North Yorkshire and The Trossachs.

The water voles were released from 43 release pens containing either sibling groups or pairs across three sites: tributaries of the Tarset Burn on the eastern edge of Kielder Forest.

The original releases back in 2017 were North of Kielder Village. The project team has slowly worked around the north of the Kielder Reservoir and has now reached the Tarset Burn. The new release sites are only a few kilometres away from last years’ sites so they should be able to mix as they find their own territories.

There is little doubt that the Restoring Ratty team has learnt so much during the water vole journey!

Led by Kelly Hollings and Graham Holyoak, staff and volunteers have put voles in places that they were text book perfect for voles, but in Kielder they have preferred smaller streams and ditches, so they have listened to the furry rodents for recent releases.

Speaking about the release of the voles, Graham Holyoak, Restoring Ratty Project Officer said: “Our water vole releases over previous years have provided great joy for people of all ages, including local school children who had the experience of a lifetime helping the project team. Unfortunately, this year due to COVID-19, social distancing rules and schools being closed, things were different and it was down to the Northumberland Wildlife Trust’s small conservation team to fill the gap.

“The voles would have to have been released one way or another and the welfare of the animals, as well as the safety of the staff was the priority.”

The next release is in August with more voles coming up from Devon.

Now in its fourth year, and with one year left to run, the Restoring Ratty project has all been made possible by National Lottery players through a grant from The National Lottery Heritage Fund. 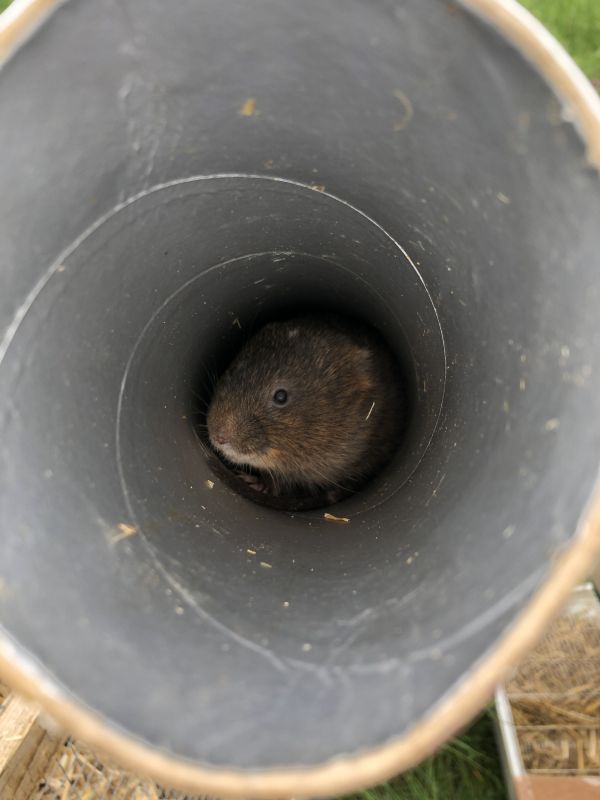