There's just one week to go until runners from all over the world take their place on the starting line to help commemorate the tenth anniversary of Britain's most beautiful marathon.

Happening on 12 and 13 October, more than 3,500 people are expected to run across some of the North East's most scenic countryside as part of the tenth Active Northumberland Kielder Marathon weekend.

The sporting event, which was founded by Olympic athlete, Steve Cram in 2010, originally included a Run Bike Run duathlon, a number of junior runs, as well as the marathon itself. The first ever marathon event saw a total of 975 finishers cross the line.

Since then, the event has grown substantially to become the Active Northumberland Kielder Marathon Weekend, with the addition of three other events - a 10K race, a half marathon and a walking event on the Friday evening.

The number of participants across all events now reaches over 3,000, while the area itself welcomes a further 5,000 spectators across the weekend.

As the event prepares to celebrate its special anniversary, some of its memorable moments include its first marriage proposal in 2013, its oldest marathon runner in 2016 at 77-years-old and last but not least, the 2011 runner who shaved six miles off the course and finished in third place by catching the bus.

The marathon has also seen a number of other loyal runners and volunteers who have returned year after year to show their support for the event.

This year, Kielder runners will be able to line up alongside two world record holders, including North East athletics star Aly Dixon, who is running a leg of the Kielder Run-Bike-Run on Saturday and the Kielder Half Marathon on Sunday.

Runner Ben Smith, who completed a world record of 401 marathons in 401 days, raising hundreds of thousands of pounds for anti-bullying charities in the process, is also taking part in the weekend by tackling the 10K.

Race Director, Steve Cram said: "The Active Northumberland Kielder Marathon weekend is one of the highlights of my year. From the start, it was a very special event in a stunning location and we were sure that it would be a success. Nevertheless, it has managed to exceed our expectations and grow into a wonderful two days of great events.

"It's brilliant that so many people have been involved every single year, either as competitors or volunteers. We always look forward to seeing familiar faces among the thousands who take part, many of them raising money for good causes or simply using Kielder as the inspiration to lead more active lives."

This year, WaterAid joins the weekend as the official charity partner, and runners have been making donations when entering to help improve access to clean water, decent toilets and good hygiene around the world.

The 26.2 mile course of the marathon is an off-road trail based around Northumbrian Water's picturesque Kielder Reservoir and offers visitors the opportunity to explore Kielder Water & Forest Park and the Northumberland region.

Northumbrian Water's Head of Commercial Strategy and Transformation, David Hall, said: "Over the last decade, we've seen this fantastic event grow and develop into something special that puts Kielder in the hearts of thousands of athletes from all over the world.

"The fact that we're preparing to host its special anniversary, is very exciting, and as always, we're very proud to provide the perfect backdrop to celebrate ten years of Britain's most beautiful marathon."

Northumberland County Councillor Cath Homer, cabinet member for culture, arts, leisure and tourism said: "Every year the Kielder Marathon weekend grows in popularity and profile which is fantastic for the county, the surrounding rural businesses and for the many charities that will benefit through fundraising.

"We look forward to welcoming visitors from around the country to Northumberland. Kielder is such a beautiful setting and I am sure the atmosphere will be fantastic over the weekend." 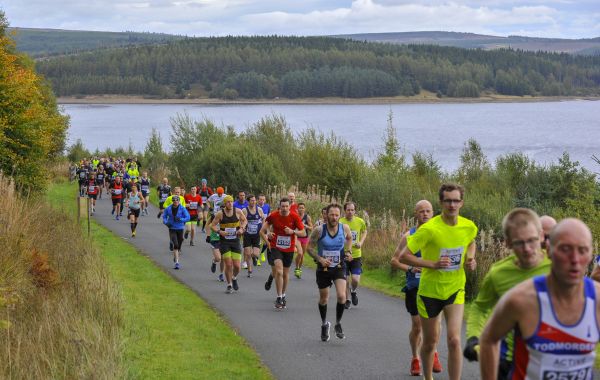