His conservation award has been won by Northumbrian Water’s Leaplish Waterside Park for the 12th consecutive year.

David Bellamy said the tourist hub in Kielder Water & Forest Park is: “a very special place that is one of the jewels of Northumberland.”

And the park at Leaplish, which has been awarded the David Bellamy Gold Award for conservation since 2004, is one of his favourite places to visit.

The former Durham University professor, said: “Kielder is, without doubt, one of my favourite places to visit and, as it’s close to where I live, it’s somewhere I’ve often gone for a day trip.

“Both the forest and Kielder water itself are beautifully peaceful and full of wonderful wildlife-from adders to osprey. It’s a special place that is one of the jewels of Northumberland.

“I am delighted to be able to say that Leaplish Waterside Park works incredibly hard to do its best to conserve the wildlife around it and to help people get the most out of their visits to this special place.

“The site is managed in as environmentally sensitive a way as possible and every opportunity is taken to help guests get a sight of the many beautiful species that make Kielder their home. It’s a true haven for wildlife and for that I say ‘thank you’.”

The award is presented by David Bellamy's Conservation Foundation to businesses that are committed to environmental excellence.

The Park is judged on four main factors - wildlife management, reducing use of energy, water and other resources, recycling and supporting local communities.

David Hall, Head of Leisure Strategy & Transformation at Northumbrian Water, said: “We’re delighted that this is the 12th year we’ve been recognised at gold standard for our effort in maintaining the surrounding natural environment, and personally by Professor David Bellamy.

“We work very hard to make significant improvements that protect and enhance the natural world, improving it for the benefit of all, and encourage our visitors to ‘think green’ on site.

“We’ve adopted many green technologies and initiatives and over the last few years we have installed energy efficient equipment in all of our lodges and onsite facilities, we work with Northumberland Wildlife Trust to help us manage our dedicated wildlife areas and use a range of Northumberland produce in our menus.”

Set on the shore of Kielder Water, the biggest man-made lake in northern Europe, Leaplish Waterside Park provides 32 luxury four and five star lodges, and has facilities for touring caravans.

It was voted the most tranquil place in England by the Campaign to Protect Rural England and awarded Gold tier designation by the International Dark Sky Association due to its unspoiled skies and minimal light pollution. 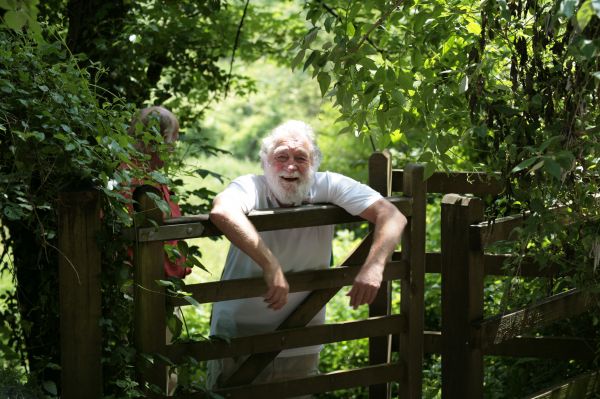