Battlesteads Hotel and Restaurant in Wark, near Hexham, has added to its growing awards collection by scooping the Considerate Special Commendation Award at the 2015 Considerate Hotel of the Year Awards for their continuing efforts to develop a sustainable, successful business.

Announced at a gala lunch at the Mandarin Oriental Hyde Park in London on Friday 3 July, the awards, held by Considerate Hoteliers, celebrate the hotels around the world leading in environmental, sustainable and socially responsible practice.

This is the third time that Battlesteads has picked up a Considerate Hotel Award – owner Richard Slade received the ‘Good Egg’ award for his relentless hard work and innovative approach to eco-tourism in 2013, and the hotel was also crowned Considerate Hotelier of the Year in 2011.

The award was presented to owners Richard and Dee Slade by John Firrell, Chairman of Considerate Hoteliers, who said: “I have been fortunate to have witnessed Battlesteads emergence as trailblazer and mould breaker over the years, and they represent the perfect example of what a Considerate Hotel should be - welcoming, friendly and inviting with a responsible consideration for taking care of the planet and its precious finite resources and a social responsibility towards guests, staff and the local community.

“This situation didn't magically appear. It was the dedication, innovation, hard work and sheer bloody-mindedness of the Slades that saw a dilapidated and run-down village pub emerge into the triumph that it is today. They work tirelessly and continue to seek ways to introduce new eco and marketing initiatives, always developing the business, and it is this approach and attitude that has earned them their latest accolade - the Considerate Hoteliers Special Commendation Award.”

The award adds to the catalogue of accolades Battlesteads has received to support their green credentials, having previously achieved a Platinum level rating in TripAdvisor’s GreenLeaders Programme in 2014, won Green Hotel of the Year at the Hotel Cateys in 2011 and a Gold Star Award at the 2011 Green Tourism Awards. The hotel and restaurant also has Three Star Sustainability Champion status, awarded by the Sustainable Restaurant Association (SRA).

Richard Slade, owner of Battlesteads said: “We are delighted to have been recognised by the Considerate Hoteliers with the Special Commendation Award as eco-friendliness, sustainability and social responsibility are all things we pride ourselves on. These awards recognise the hotels around the world which are setting the examples for the rest of the industry to follow, including acclaimed institutions such as Le Manoir Aux Quat Saisons, and it is an honour to be named among them.”

For more information on Battlesteads Hotel and Restaurant and to book one of the new luxury eco-lodges visit www.battlesteads.com. 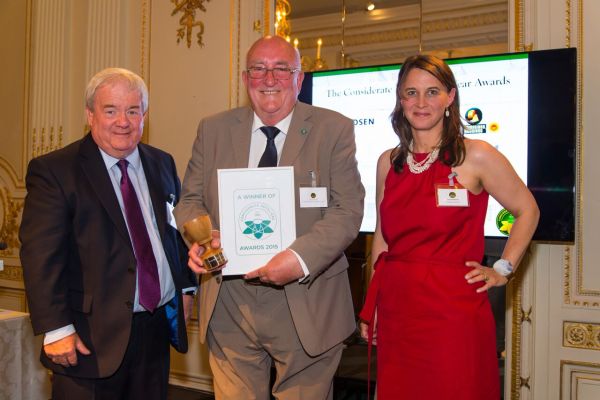 An 18thC Inn, formerly a farmhouse, in the heart of rural Northumberland close to the Roman Wall, Kielder Water and North Tyne Valley.