Get moving to secure a place in Kielder Marathon Weekend

Runners are being urged to get on their marks to secure a place in Britain’s most beautiful marathon.

Spaces are filling up quickly for Kielder Marathon’s weekend of events, happening on Saturday October 3 and Sunday October 4, 2015.

Last year, the Kielder 10K and Run-Bike-Run races reached a record-breaking number of entrants, with more than 1000 people taking part in the two events in total.

Organisers are predicting that they will reach full capacity again this year, and with over 800 entries into the main marathon so far, it’s thought that too will also reach a record number of runners.

The new Half Marathon has also proven a popular addition to the weekend of events with nearly 500 entries since registration opened in February.

“I’m delighted with the huge success of the event and this year is particularly exciting for us as we introduce the new half marathon to the weekend.”

Supported by Active Northumberland, Kielder Marathon takes place at Kielder Water & Forest Park in Northumberland and follows the Lakeside Way, a trail that stretches right around the shoreline of Northumbrian Water’s Kielder Water.

Billed as ‘Britain’s most beautiful’, it has become a firm favourite in the racing calendar thanks to its spectacular location and off-road courses.

The sporting weekend welcomes more than 3,000 runners from around the UK, and further afield, with just as many supporters, families and friends present.

Entries for all events are being accepted at www.kieldermarathon.com. For enquiries telephone 01434 689 040 (Monday to Friday, 9am – 5pm).

The Kielder Marathon team is delighted to be working with Active Northumberland and Northumberland County Council. Northumbrian Water is once again hosting the event at Kielder Water & Forest Park, with support from the Forestry Commission. 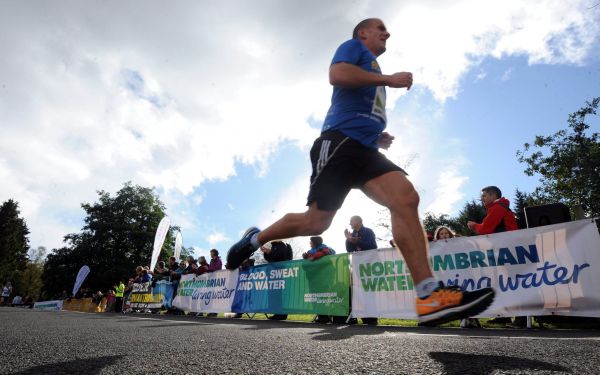