As thousands of runners pound the streets of London this weekend, a North East team of people will be training at home for their own marathon.

Runners across the region will join the race to raise funds for a Northumberland man when they line up for Kielder Marathon in October.

So far, more than ten people have pledged to raise money for Hexham farmer, Stuart Ridley, who is battling an inoperable brain tumour, by taking part in an event at Kielder Marathon weekend (3-4 October).

Stu, 25, was told he had six months to live after being diagnosed with the tumour in February.

Now runners are signing up to ‘Britain’s most beautiful’, Kielder Marathon and the new half marathon, taking place on Sunday October 4, to raise money for the “Stay Strong Stu” campaign.

The campaign, which aims to raise £50,000 for practical support to Stu, The Brain Tumour Charity and The Wooden Spoon Rugby Charity, has already smashed the £10,000 mark as Stu and his family receive backing from around the world.

Personal Trainer, Libby Hancock from Ponteland, will be joining the team and competing in the main marathon.

The 22-year-old said: “I hadn’t intended to run Kielder marathon until I found out about Stu and a few people suggested we did it to raise money for him.

“I’ve always wanted to take part in a marathon though and this one is definitely worth the cause - the Stay Strong Stu campaign is amazing. It just shows how many people appreciate him and how many people are so supportive.”

Other events include the Kielder 10K and Run-Bike-Run relay event on Saturday, October 3, 2015 and the junior races on Sunday, October 4, 2015.

Celia Ridley, Stu’s mother, said: “In the beginning, campaign organiser, Andrew Burns thought that a few t-shirts bought by the Tynedale Veterans Team would show solidarity and support for Stu. There then began a massive chain of events.

“Support for Stay Strong Stu has mushroomed with events taking place and people coming together to support on an unprecedented scale. We can't thank everyone enough.”

Steve Cram, Race Director, said: “We’re so pleased that people are using Kielder Marathon weekend, not just for fitness but also to raise money and awareness for many good causes. The Stay Strong Stu campaign is definitely one of one of those.

“With Stu being a local Northumbrian it’s an honour to have many runners from his fundraising campaign taking part in Kielder Marathon weekend and we all echo their message of wishing Stu all the very best.”

To book a place at Kielder Marathon or one of the other events on offer, log on to the event website at www.kieldermarathon.com. For enquiries telephone 01434 689 040. 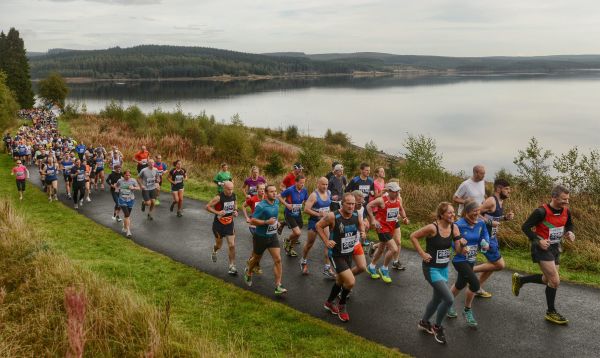