The winner of the 2014 Active Northumberland Kielder Marathon, hosted by Northumbrian Water, is the first person in the five year history of the event to win for the third consecutive year.

Ceri, aged 41, from Devon, beat his time from last year, completing the marathon in 2hr 39min 43sec. He said: “The atmosphere today was really good. Kielder marathon doesn’t get any easier but it’s not about winning – it’s more about getting round the course.

“Kielder is beautiful and the course definitely helps the miles go faster. As far as trail running goes, its right up there as one of Britain’s most beautiful.”

Myra Jones, aged 31, from Moortown, Leeds and a member of Valley Striders Athlectics Club, was the first female to cross the finishing line.

Myra, who travelled up especially for the marathon, completed it in 3hr 17min and 58sec. She said: “This is the first time I’ve ran Kielder Marathon and it was harder than I expected. The course just feels constant and it was really windy by the dam wall – I’m exhausted!”

Billed as the most beautiful marathon in Britain, up to 1000 runners made their way around northern Europe’s largest man-made lake, Kielder Water.

Tynedale Harrier, 15-year-old Jaycee Shotton from Ovingham, Northumberland was thrilled to have won the Centurion. He said: “I’m really pleased. I set out to win and tried my best. When I was running though I didn’t even notice I was first!”

The full weekend of events, including Kielder Junior Runs, Kielder 10K, Kielder Run Bike Run and the main marathon itself, has been attracting runners and outdoor adventure enthusiasts from around the world for the last five years, to the dramatic setting and unique course.

“This event is becoming a firm favourite on the race calendar and is really helping to put the county on the map. I’m sure the athletes who have taken part in this weekend’s events will be so impressed with the area and will return with their friends and family to explore our beautiful county and all it has to offer in the very near future.” 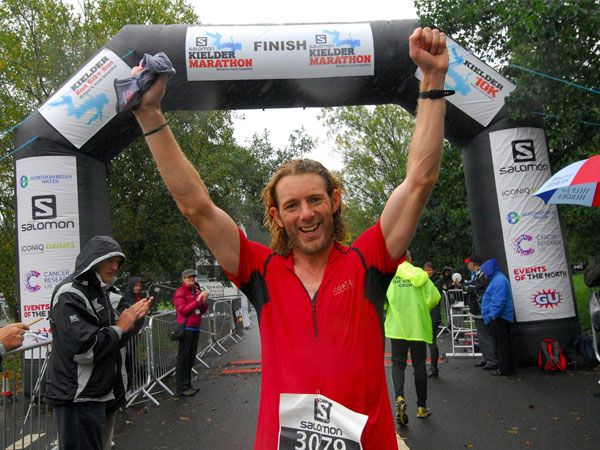