The schoolboy who pressed the button to fill the largest man-made lake in northern Europe and now helps to manage it 34 years later is a star in Robson Green’s prime-time TV series finale.

In ‘Tales from Northumberland,’ which concludes at 8.00pm on ITV on Monday December 23 2013, TV viewers will see Jonty Hall, who was just nine years old when he stopped the North Tyne River in its tracks to form Bakethin reservoir, part of the giant Kielder Reservoir in Northumberland.

Jonty, 43, who lives in Kielder village, joined Northumbrian Water nearly 24 years ago and is now one of the managers at Leaplish Waterside Park in charge of the 200,000 million litres, seven-mile stretch of water.

The eight-part television series, which has seen Hexham-born, Robson Green travel the length and breadth of Northumberland, will feature the award-winning Kielder Water & Forest Park in the final episode, along with Hadrian’s Wall and Hexham Abbey.

While filming for the programme, Jonty spent the day with the ‘Soldier Soldier’ actor. He said: "I went out with Robson and the film crew in one of the boats and told him the story of Kielder reservoir. We also did a bit of filming with the actual button that I pressed when I was nine which stopped the water in its tracks, and Robson was amazed.

"To think that I started it all and now I’m one of those in charge is amazing. The lake had a huge impact on me and it became a part of me, I’m hooked. I couldn’t imagine doing anything else. When I’m not working I still like to come here for walks and enjoy the water sports, swimming in the pool and basically all Kielder has to offer."

Tales from Northumberland has received around 4 million viewers each week, with the nation tuning in to see the delights this spectacular and often overlooked part of Britain has to offer.

The formation of Kielder reservoir by damning the River North Tyne 60 miles from Newcastle upon Tyne has enabled the North-East to avoid droughts that have often affected other parts of the country.

Its waters, forest and dark skies have made Kielder Water & Forest Park a major tourist attraction.

Together with Northumberland National Park it has just been given Gold Tier Dark Sky Park status by the USA-based International Dark Skies Association, making it the largest Dark Sky Park in Europe and the first of its kind in England.

Earlier this year Kielder Water & Forest Park was awarded Best Tourism Experience of the Year 2013 by Visit England and the lodges at Leaplish Waterside Park have just been named "Best Holiday Park of the Year" by the North East Tourism Awards 2013.

Kielder Water & Forest Park, which spans 250 square miles, is home to the largest forest in England and the largest man-made lake in northern Europe. It was awarded the number one tourism experience in England by Visit England 2013, and the most tranquil place in England by the Campaign to Protect Rural England. 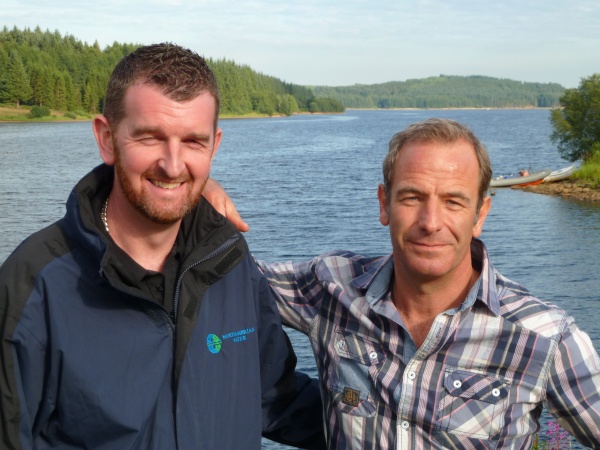 Kielder Castle was built in 1775 as a hunting lodge for the Duke of Northumberland.