A record-breaking number of people took part in the first day of a famous north east sporting event today (5 October).

Individuals or teams of three competed in an 11km run, a 26km bike ride and a 5km run while spectators saw more than 200 bikes in use at the transition stations!

‘Powered by Gas’ from Doncaster were the first team to finish the Run-Bike-Run in 1hr 58 min 35sec. This is the third year running they have won the team category.

Andy Robinson who completed the bike leg of the Run-Bike-Run, said: “It’s a great event and well organised. We’re happy to win it again and we will be back next year.”

Martin Hallissey, 34, part of the GB Triathlete team was the first individual through the finish line having completed all three stages in the Run-Bike-Run. He said: “It was really good – the off-road course was great for the bike but the second run was a killer. It was very hilly; I wasn’t prepared for any hills!”

Winner of the 10K, sixteen-year-old George Rudman from Rowlands Gill completed the race in 37 minutes and 54 seconds.

The Blaydon club runner said: “It was my first running event at Kielder; I’ve just turned old enough to take part. I’m really pleased with my time. I enjoyed the race and I really liked the scenery. There was a few times when I heard footsteps behind me and I had to speed up!”

Billed as ‘Britain’s most beautiful marathon’, the full weekend of events attracts runners and outdoor adventure enthusiasts from around the world to the dramatic setting and unique course.

Former Olympic athlete and founder of the event, Steve Cram MBE, said: “Today has been a fantastic record-breaking start to the weekend of events. The Run-Bike-Run was sold out for the first time this year and the 10K also saw record numbers of people. The atmosphere has been brilliant and I can’t wait for the marathon tomorrow.”

Kielder Water & Forest Park, which spans 250 square miles, is home to the largest forest in England and the largest man-made lake in northern Europe. It was awarded the number one tourism experience in England by Visit England 2013, and the most tranquil place in England by the Campaign to Protect Rural England. For more information see www.visitkielder.com. 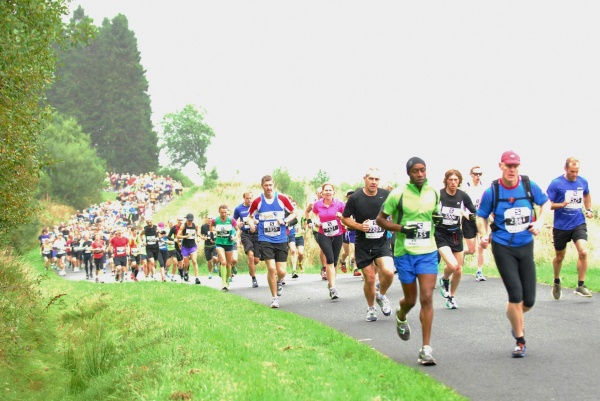 Britain's 'most beautiful' marathon is back! The course which encircles the shore line of Kielder Water will attract thousands of runners and spectators. Kielder Run Bike Run will be on 3rd October 2015.