A best-selling author will make history come alive as he gets set to run in the footsteps of the Border Reivers at Kielder Water & Forest Park in Northumberland.

Kielder suffered severely with regular raids from the Border Reivers – gangs of horsemen who raided the borders of England and Scotland between 1300 and 1600.

Terry, from Burnhope, County Durham, will tread the tracks of the Border Reivers but in what is now voted the most tranquil place in England.*

This latest sporting challenge for the dedicated runner will come just three weeks after his 18th Great North Run in Newcastle and Gateshead on Sunday September 15.

The Kielder 10K is part of the Kielder Marathon weekend of events, held on 5 and 6 October and hosted by Northumbrian Water.

Terry will be supporting the events’ official charity with a donation to Cancer Research UK.

The 67-year-old said: “Just because I’m past retirement age doesn’t mean I have to give up running and I’ve put a lot of extra effort in this year to lose weight.

“It’s very relaxing running in a rural setting like Kielder and it will make a lovely change for me. It’s also nice to run through our regions history. ”

Organiser of the event and Olympic medallist, Steve Cram, said: “Terry has always been a big supporter of our running events and I’m pleased to hear that he’s making his own history and taking part in his first event at Kielder.

“It’s such an amazing place, seeped in history and with its spectacular scenery and impressive off-road course it’s a great place to run.

“There is something for everybody to participate in over the Kielder Marathon weekend. I would urge anybody who wants to take part in any of the events to secure their place as soon as possible.”

Entries for all events close on September Monday 23, 2013. Marathon places will be allocated on a first come first served basis – there is no ballot this year. 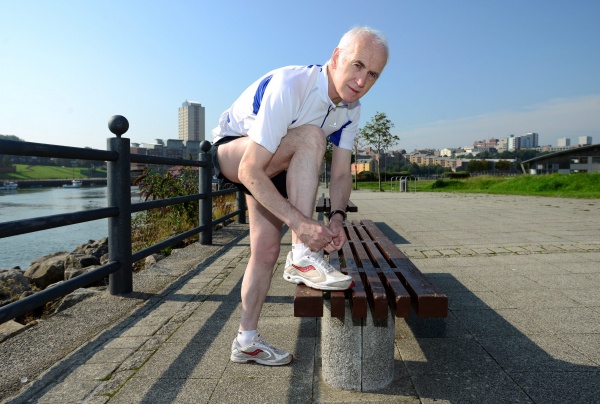