A trip down memory lane for busy forest commuter

Busy roads, traffic jams and red lights – the joys of commuting. But for one 79 year-old Northumbrian, the only obstacles to his 24 mile round trip to work were wild goats, surprised deer and startled red squirrels.

Now Robert Anderson, from Otterburn, is set to re-trace his daily commute by taking part in a mass vintage vehicle rally being staged by the Forestry Commission to mark the 40th anniversary of the Kielder Forest Drive – the longest route of its kind anywhere in England and which connects Kielder with Blakehopeburnhaugh, peaking at 1500 feet.

The iconic route opened up one of Europe’s largest man-made woodlands to carefree rovers wanting to explore England’s wildest corner.

But it was a labour which repaid him many times over as it became his commuter route between his former home at Byrness and the forestry depot at Kielder Water & Forest Park.

“It meant that instead of a one hour drive around the forest I could cut straight through in half the time. It was very handy. I always liked the journey, no traffic and plenty to look at.  Mind you, it could be a different story when severe weather arrived.”

The drive was officially opened in 1973 by Lord Ridley and Robert has probably driven it more times than anyone else.  He will be back to notch another trip by joining the rally on Saturday 11 May, when vehicles from yesteryear make a circular trip, including the section between Kielder and Blakehopeburnhaugh.  But he won't be using a forestry van, but rather his 1933 Austin 12, one of a mini fleet of mechanical classics he has collected as a vintage vehicle enthusiast.

“I've also got an MG Magnette, Rover 2000, and a couple of very nice BSA motorbikes," added Robert. " I got into classic vehicles back in the 1970s and it will be good to take a trip down memory lane with a drive through the forest.”

The rally is part of a vintage weekend at Kielder Water & Forest Park, with the main show being staged the following day (Sunday 12 May) at Kielder Castle Visitor Centre.  Last year over 100 entries descended on the 18th century former hunting lodge, drawing visitors from across the north, to marvel at old tractors, cars, bikes and commercial vans.

“It's an event that has gone from strength to strength. With its breath-taking scenery and relatively quiet roads Kielder has become a real favourite for many vintage vehicle fans.”

The Forest Drive rally sets off at 10am on a route to Greenhaugh, with an optional leg back to the starting point at Kielder Castle.  The main show will run from 10am to 4pm on Sunday 12 May.  Entry is free, but normal car parking charges apply.  If you want take part  please contact Wesley Turnbull on 07800 853475.  Visitor information on 01434 250209.

The Forestry Commission is the government department responsible in England for protecting, expanding and promoting the sustainable management of woods and forests and increasing their value to society and the environment. Forestry makes a real contribution to sustainable development, providing social and environmental benefits arising from planting and managing attractive, as well as productive, woodlands. For more visit 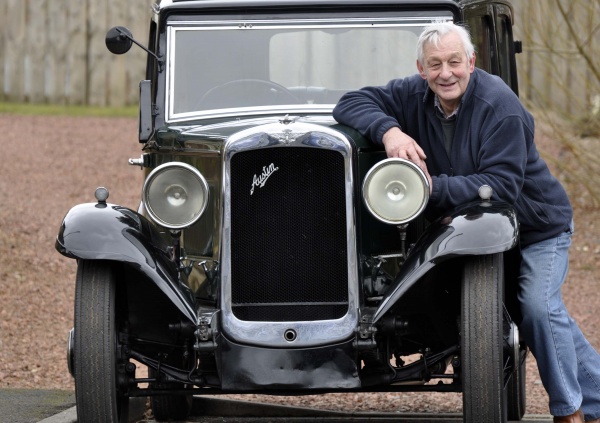