Entrants into a popular north east event are set to go head to head with a double gold Olympic medallist.

Daley Thompson, CBE, visited the region today and pledged to take part in the Kielder Run-Bike-Run, one of the Kielder Marathon weekend of activities taking place on Saturday 5 and Sunday 6 October 2013 in Northumberland.

Founded by world champion and popular athletics commentator, Steve Cram MBE, the Salomon Kielder Marathon has grown over the last three years to become a firm favourite in the racing calendar thanks to its spectacular location and almost entirely off-road course around northern Europe’s largest man-made lake, Kielder Water, with many naming it Britain’s Most Beautiful Marathon.

Daley said: “Official NHS obesity statistics have dominated the media in recent weeks. To learn that one in ten children is obese is alarming to say the least. But thanks to last year’s Olympic fever, the nation is beginning to embrace more sporting activities and what better way to encourage and inspire our children to get fit, than to attend home-grown events?

“I’m delighted to be involved with the fourth Kielder Marathon and the beauty of the events is that there’s something for the whole family to take part in.”

Fondly considered to be one of the greatest athletes of all time, Daley has two young sons so he knows all too well the importance of keeping them active with fun, exciting challenges that work for all the family.

Steve Cram added: “Kielder Marathon weekend has grown year on year and I’m delighted we already have some ‘ever presents’, loyal participants who have competed in the marathon every single year since the event began in 2010 and who intend to maintain that record as the event continues to develop.

“This year we’re offering an early bird discount for anyone entering the marathon, 10K or Run-Bike-Run before midnight on Wednesday March 13, 2013 so the message is book now to make the most of the special offer.”

Sarah Stewart, Chief Executive of NewcastleGateshead Initiative said, “The Kielder Marathon and activities across this weekend are a great example of the brilliant events we have going on this year in the North East. We have a fantastic reputation for hosting sporting events and we know that they give a real boost to visitor numbers and to the local economy. I am sure the Kielder Marathon will attract people from all over the UK and beyond and will bring benefits to businesses across the whole region.”

Billed as ‘Britain’s most beautiful marathon’, the events follow the Lakeside Way, a trail that stretches right around the shoreline of Kielder Water. The organisers expect to attract runners and outdoor adventure enthusiasts from around the UK, and further afield, to the dramatic setting and unique course.

With the water’s shoreline being approximately 26 miles long, Kielder Water in North East England is the ideal venue for the ultimate running challenge, the marathon, 26 miles 385 yards. Most of the course is off-road and it offers a test for trail runners, adventure racers and marathon enthusiasts alike.

Once again this year there will be a small elite field including Salomon’s international trail team athletes, Angela Mudge and Ricky Lightfoot.

Salomon, the event’s naming partner of the last three years, is a leading force in trail running across the globe. Rich Philip, head of marketing for Salomon, added: “The Salomon Kielder Marathon has proven over the years to be one of the most challenging and awe inspiring marathons in our calendar. As a brand, our tagline ‘Designed for Freedom’ fits the route, environment and spirit of the event perfectly.”

The Lakeside Way is a £3m project in Kielder Water & Forest Park that forms the marathon course. It is a multi-user trail suitable for walkers, runners, cyclists, horse riders and wheelchair and pushchair users. The trail offers visitors new views and the opportunity to interact with even more of the park’s abundant wildlife and take in its scenic landscape.

Marathon places will be allocated on a first come, first served basis – there is no ballot this year. To book a place log on to the event website at www.salomonkieldermarathon.com.
For enquiries telephone 01434 689 040 (Monday to Friday, 9am – 5pm).

Northumbrian Water is once again hosting the event which will be organised by DS Media and Events.
ENDS

Kielder Water & Forest Park, which spans 250 square miles, is home to the largest forest in England and the largest man-made lake in northern Europe. It was voted the most tranquil place in England by the Campaign to Protect Rural England. For more information go to www.visitkielder.com.

Kielder Water & Forest Park Development Trust is a registered charity working at Kielder to promote sustainable development, provide recreational facilities, improve knowledge of the natural environment and encourage the arts. The Trust works with the range of communities to benefit from these activities.

Members, who have appointed directors/trustees to serve on the board, are Northumbrian Water, Forestry Commission, Calvert Trust Kielder and Northumberland County Council. Affiliate organisations that are not members but have a close working relationship with KWFPDT include Arts Council England, Northumberland Wildlife Trust, Environment Agency, The Scout Association and local decision making bodies such as the parish councils. 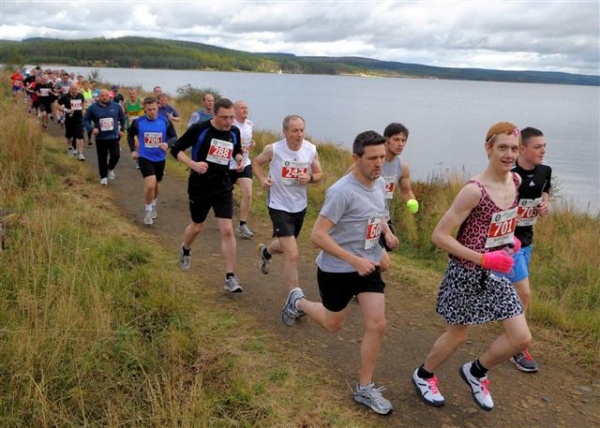