One of the UK’s most prestigious astronomical institutions has thrown its weight behind a bid to gain protected status for Northumberland’s stunning dark skies.

The world famous Jodrell Bank Centre for Astrophysics said it was keen to support the initiative, noting that astronomy is growing in popularity with 10 million viewers watching BBC’s Stargazing Live shows last year.

Centre Director, Professor Albert Zijlstra, added:
“In much of the UK the night sky is now too bright to be able to see the Milky Way. The few remaining dark sites should be protected as a valuable resource able to inspire the next generation.”

Kielder Water & Forest Park Development Trust, Northumberland National Park Authority and Kielder Observatory Astronomical Society are working on the plan to create Europe’s biggest area of protected night sky in the region. Gary Fildes, Director of Kielder Observatory, explained:
“This kind of backing is vital in demonstrating to the IDA that we have a long term commitment to protecting our skies and maintaining the tranquillity of our rural environment. The night sky in Northumberland and especially around the observatory still maintains that true darkness that can ignite and inspire all who see it. It is our most natural of heritages."

A key element in the application process to the Tucson-based International Dark Skies Association has now been completed. An external lighting audit covering nearly all of Kielder Water & Forest Park and 140 square miles of the adjoining Northumberland National Park (NNP) has revealed that nearly 80% of external lights comply with the strict rules laid down by the IDA. Bid chiefs are delighted with this initial finding, but want to see that figure rise above 80% to further strengthen the application. The audit shows where changes could be made to achieve extra compliance and building owners will be approached to see how they can help tackle light polluting fixtures.

Duncan Wise from Northumberland National Park Authority, explained:
"In many cases a simple adjustment of the angle of lighting may suffice in making a fixture less light polluting and this is very much something we are seeking to do in consultation and agreement with owners. We may also be able to help with the costs of replacement if necessary. We have had meetings with businesses, residents and parish councils and there is a lot of enthusiasm to gain protected status. We have also be overwhelmed by the support from wildlife and scientific organisations.”

Light metre readings have revealed that parts of the county retain some of England's starriest skies, but light pollution is encroaching. The darkest pocket in the National Park is around the Otterburn Ranges with other good sky ratings being obtained in Holystone, near Rothbury and Harbottle. A small army of volunteers using special handheld devices undertook the survey on clear and often chilly moonless nights. Readings for Kielder Water & Forest Park peaked at around 21.7, with the average being 21.5. Light metres can reliably judge lighting conditions up to a score of 22 (pitch black) and most bright towns would give a reading of about 17 - the difference between seeing thousands of stars and just a handful.

The CPRE regards light pollution as a serious problem and has an on-goingNight Blight Campaign* to raise awareness of its impact on people, places and wildlife and the wasted energy involved.

Note to Editor
1. Kielder Water & Forest Park Development Trust is a registered charity working to develop the Park as an inspirational place. It aims to improve economic, social and environmental sustainability, provide public recreation and leisure facilities, facilitate education in all aspects of the natural environment and advance art and architecture in the Park. The Trust works with the range of communities to benefit from these activities. Members, who have appointed directors/trustees to serve on the board, are Northumbrian Water, Forestry Commission, Calvert Trust Kielder and Northumberland County Council. Affiliate organisations that are not members but have a close working relationship with KWFPDT include Arts Council England, Northumberland Wildlife Trust, Environment Agency, The Scout Association and local decision making bodies such as the parish councils.
2. Northumberland National Park encompasses the landscape and cultural heritage of 405 square miles (105,000 hectares) - over a fifth of Northumberland from Hadrian’s Wall to the Scottish border, and adjoins Kielder Water & Forest Park along its western boundary. With the help of our dedicated volunteers the National Park Authority looks after more than 1100 kilometres of Rights of Way - including two national trails and a number of long distance walking, cycling and horse riding trails, and the central, most visited section of Hadrian’s Wall World Heritage Site. 32 Sites of Special Scientific Interest covering over 10,000 hectares, one Ramsar Site; three National Nature Reserves and 6 European Special Areas of Conservation fall within the boundary of the National Park. We are also home to one of the country’s official Dark Sky Discovery Sites (Cawfields) and are part of the Northern Upland Chain Local Nature Partnership. We work with farmers and landowners to maintain healthy soils, clean water and dark skies, to enhance wildlife habitats and help rural businesses adapt to climate change. We are supporting sustainable enterprises, transport and green tourism and encouraging domestic and community-scale renewable energy. We have also invested in a network of electric vehicle charging points at keys places in the National Park and along Hadrian’s Wall as part of a network installed around the North East. www.northumberlandnationalpark.org.uk.
*CPRE: Night Blight Report. Go to www.cpre.org.uk
Media calls:
Kielder Water and Forest Park - Richard Darn on 0775 367 0038/ Philippa Clark on 0191 301 5538
Northumberland National Park - Frances Whitehead or Duncan Wise on 01434 605555 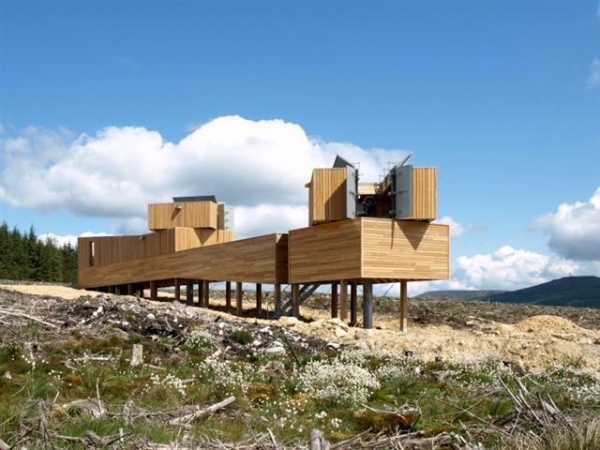