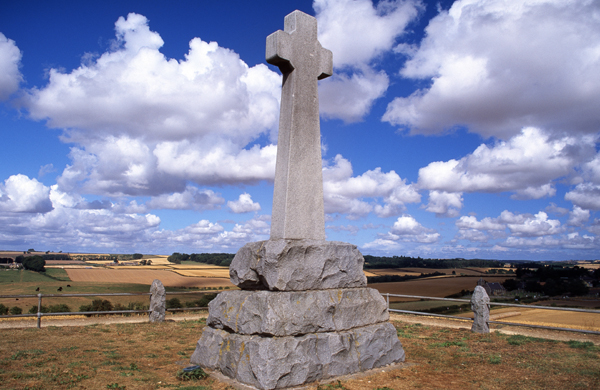 For real spirit of place, it is hard to match Northumberland. Christian faith spread from the Holy Island of Lindisfarne when it became the Cradle of Celtic Christianity in the 7th century. Hope played out on Northumberland’s medieval battlefields. And charity came in the form of local personalities who helped shape Northumberland’s social and political life.

Arrive: Berwick upon Tweed
Here’s why: Berwick upon Tweed is undoubtedly a town with several stories. And all of them fascinating. For Christian heritage interest, Holy Trinity Church is a “must see” as it was one of the very few churches built in England during the Commonwealth period of the 17th century. And don’t miss the town’s Elizabethan ramparts or some of the first purpose built army barracks in Great Britain at Berwick Barracks.

Arrive: Ford
Here’s why: Louisa, Lady Waterford (1818-1891) was a benevolent and charitable owner of the Ford estate in the 19th century. The village school she provided for the children of her tenants is now Lady Waterford Hall where her talent as an amateur artistcan now be enjoyed by all. Enjoy her beautiful paintings of Biblical scenes.

Arrive: Branxton / Flodden Battlefield site
Here’s why: Flodden Battlefield site is one of the best preserved battlefields in the whole of northern Europe. On 9th September 1513 armies from England and Scotland faced each other across the muddy landscape of Northumberland and hope came to nought for the Scots from the north. Today, the site still has a poignant and eerie atmosphere. 2013 marks the 500th anniversary of the battle.

Arrive: Kirknewton
Here’s why: St Gregory’s church in Kirknewton is a hidden gem of Christian heritage. Step through its doors and step into 800 years of history. A sculptured stone panel inside depicts the Adoration of the Magi (apparently wearing Scottish kilts!). And the churchyard is the last resting place of Josephine Butler (1828-1906) a Victorian feminist, charitable campaigner for women’s rights and a passionate Christian who ranks alongside Florence Nightingale as a woman who influenced and changed the world she lived in.

Depart: Kirknewton
Here’s how: B6351 (direction Wooler) – pass site of Ad Gefrin – Yeavering - Akeld – A697(s) – Wooler – B6348 (direction Belford) – B6349 (weak bridge 6’6” wide near Fowberry Tower– care needed) – Belford - A1 (n) – Berwick upon Tweed (Alternative route to A1 avoiding weak bridge near Fowberry is via B6348/Chatton)
Here’s why: A journey in the footsteps of the early Northumbrian Christians. The Anglo-Saxon site of Ad Gefrin (roadside monument) lies within the shadow of the once sacred mountain top of Yeavering Bell. Over a period of 36 days, in AD 627, Bishop Paulinus baptized the local community in the nearby River Glen. And to the north of Yeavering and Akeld lies the Milfield Basin rich in archaeological evidence including henge monuments, stone circles and Bronze and Iron Age remains.

Berwick's town walls are its most famous piece of architecture and still stand strong today, hundreds of years after they were built by Queen Elizabeth to keep out the invading Scots.

Travel on our 15 inch gauge railway between Heatherslaw and Etal Castle on a return journey.

Walk the footsteps of the soldiers who fought on the Flodden Battle field over 500 years ago. It is hard to conceive today of the carnage that took place there on the 9th September 1513, when surveying the rolling hills.

'More to this church than meets the eye' (Pevsner). A site of Christian worship since the 11th century or earlier, the chancel and south transept date from the late 15th century.

Approx 4.71 mile(s) between Flodden Battlefield and Ecomuseum and St Gregory the Great's Church