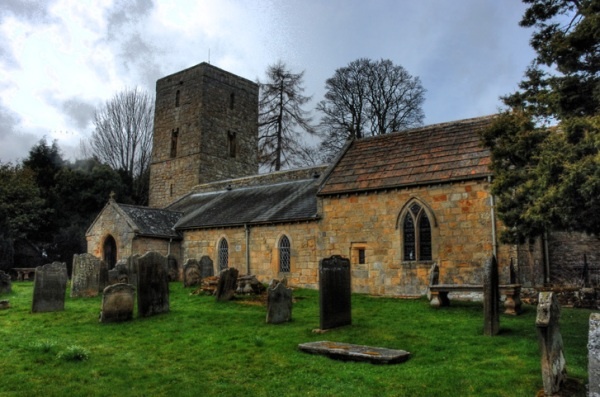 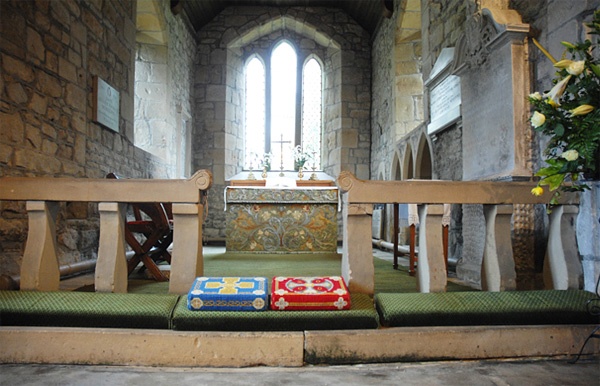 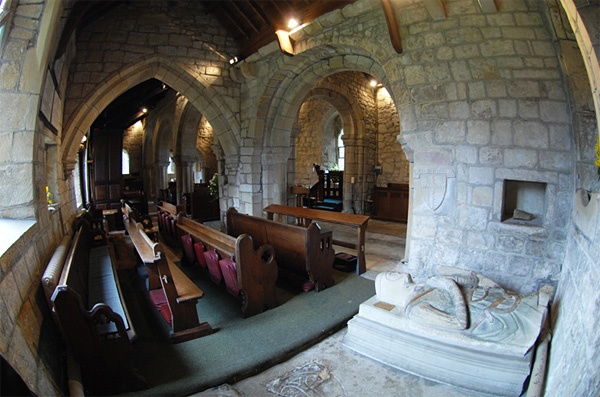 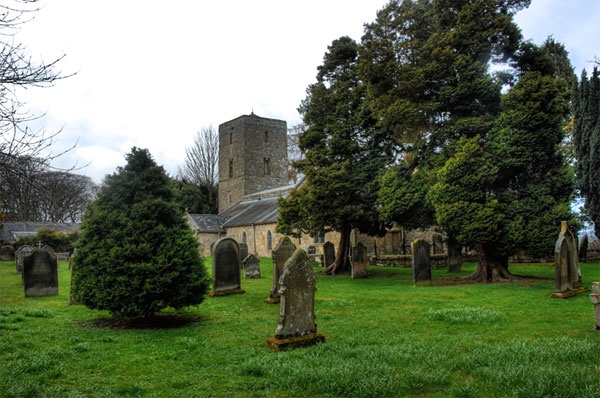 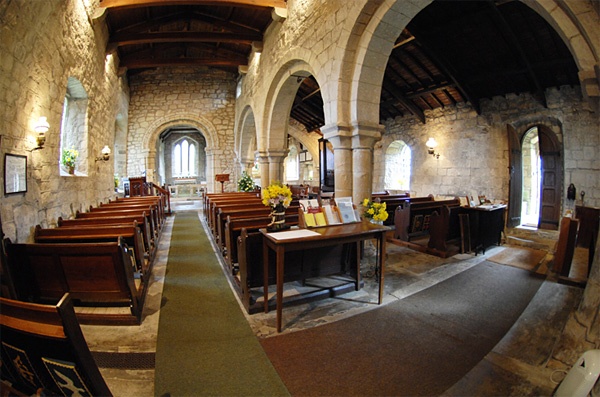 St. Andrew’s Bolam dates back to Saxon times. The tower is of a late Saxon period but the interior is largely Norman with the arcading dated to 1180-1200. The quatrefoil piers with their broad moulded capitals are unique to St Andrew’s.

The south door and the eastern section of the chancel are 13thcentury, the gothic windows in the south aisle date from the 18th century. During the Second World War a German bomb was dropped and lodged under the Dent chapel fortunately it did not explode. The late Lionel Evatts created the leaded window which recalls the event. The bomber pilot returned some 60 years later to apologise an event which made the national newspapers.

There are several interesting grave slabs in the church including a splendid effigy of Sir Robert de Reymes who fought in the Scottish wars of the late 12th and early 13th centuries. Members of St.Andrew’s Bolam enjoy sharing their church with the wider community. The church can seat 150; it is surrounded by a well-kept church yard and has an ample car park. St. Andrew’s is only 20 minutes by car from Morpeth and Ponteland, half an hour from Newcastle.